OMG, this was a complete car-crash!  So, my youngest son and daughter love Battenburg’s, so I looked up recipes for a good cake, and finally settled on one in: The Great British Book of Baking on Page 254.

Now, I know that I’m not good at following recipes, but I religiously followed this one, and the end result was pants.  After I made it,  I said to my youngest son – “Have you tasted the Battenburg yet?”, to which he replied “yes”, so I said “And?”, and he looked at me, shook his head and said “No – it didn’t taste very nice” 🙂

This is the end product – and as you can see, where the recipe said put in a few drops of pink or red food colouring – I did exactly that, using Hot Pink food colouring at that, and no pink came out.  My daughter walked into the kitchen whilst I was doing this, and said to me that it wasn’t going to work and I should try to save it by turning it into a sponge cake, thanks darling! 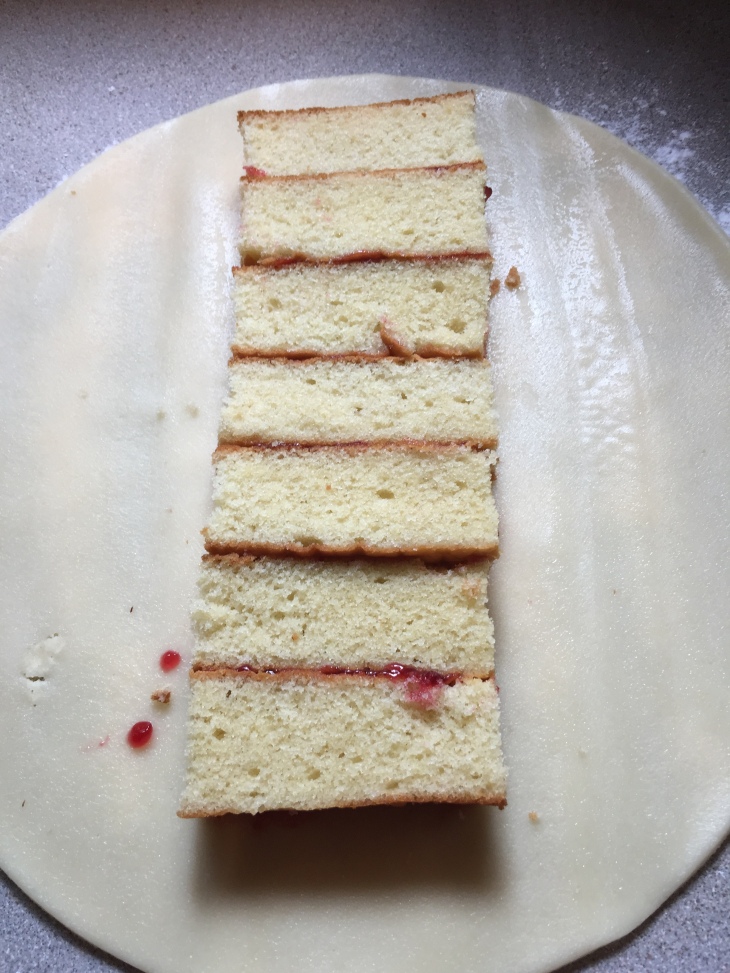 Not to be put off by this, I continued putting jam on to hold it together, ok, I didn’t follow the recipe religiously, because I used Raspberry jam and not Apricot, but it was jam! And, by the way the recipe says 8 tablespoons of good-quality apricot jam – you definitely do not need that much.

So, if you’re really interested, please enlarge the photo and you can get the ingredients and steps from there as I’ve lost the will to write anymore about this cake.

View all posts by workingmumskitchen

I’m a working mother of three children, and in my head, I think I’m a good cook and baker.

My children are brutally honest about the results (as most kids tend to be), and I’ll be sharing their feedback here!

If you’re a home cook and baker and fancy some tried and tested different ideas, then:

and on my blog: